You can find the Markdown File Here

You can find the Lecture 1 Notes here

Lecture 2 Notes can be found here

Lecture 4 Notes can be found here

Lecture 5 Notes can be found here

These are the Lecture 3 notes for the MIT 6.S094: Deep Learning for Self-Driving Cars Course (2018), Taught by Lex Fridman.

All Images are from the Lecture Slides.

To what extent can we teach systems to perceive and act in this world from Data?

Stack of Tasks an AI System needs to perform

How Much of the AI Stack can be ‘Learned’?

We can learn the representation and knowledge. NN map the data to information, Kernel methods are effective here as well.

Mapping the data from right sensor data to knowledge is where DL Shines.

Open Question: Can We extend this to reasoning and actionable information end-to-end?

Q2, Can we extend this to real world cases of SDC and Robotics?

Supervised Leanring: Memorization of Ground truth data in order to form representations that generalises from the ground truth.

Reinforcement Learning: Brute-Force propagate the sparse information through time to assign quality reward to state that does not directly have a reward. To make sense of the world when the data/reward is sparse, but are connected through time. This is equivalent of Reasoning.

Connection through time is modelled as:

There is an agent, performing an action in the environment, receives a new state and a reward. This process continues over and over.

Major Components of an RL Agent

Ex: Robot in a room

Deterministic approach: Shortest path is to be chosen.

Key Observation: Every single state in the space must have a plan to control the non-deterministic environment.

If reward function is designed such that every single step is penalised, the optimal policy in this case would be to chose the shortest path.

If we reduce the penalty, the randomness in movements is allowed.

If we turn the reward to +ve to movement, there is an increased incentive for staying on the board without finishing.

Value of the Environment state is the reward we are likely to receive in the future. This is determined by discounting the future discount.

A good strategy is maximising the sum of discounted future goals.

We use any policy to estimate state that maximises the future reward.

This allows us to consider much larger state space and action space.
We move about simulation taking actions and updating our estimate of how good actions are.

As a better estimate is formed of the Q-function, we form a better sense of the the better actions that can be performed. This is still not perfect so there is a value of Exploration. With improvements in estimation, the lesser the value for exploration.

So Initially we want to explore more and reduce that with time as our estimates become more accurate.

So the Final System, should operate in a greedy way according to the Q-Fucntion.

For tabular representation of Q-Function.

Y-Axis is states, X-Axis is Actions.

The table is initialised in a random manner and it is updated with the bellman equation, over time the approximation becomes the appropriate table.

Problem: When the Q-Table grows exponentially. Ex: Using Pixel inputs from real world/game. The potential state space, possible combinatorial states are larger than what System memory can hold, larger than what can be estimated using the Bellman Equation.

NN are really good at estimation.

DL: Allows us to approximate values over much larger state space as compared to ML. This allows us to deal with raw values of sensory data, it is much more capable to deal with real world applications; it is generalisable.

The understanding comes from converting the Raw sensory information to simple useful information based on which action can be taken.

Instead of the Q-function, we plug in a NN.
Input: State space.
Output: Value of function that each state can take.
DQN: Deep Q-Network.

How is a DQN Trained?

The bellman equation inputs the reward and discounts the future rewards.

Loss function for NN: takes the reward received at current state, performs a forward pass through the NN to calculate the value of future state and subtracts it from the Forward pass for the current state of action.

We take the difference between the Value estimated by Q-Function Estimator (NN) believes the future value and what the possible value will be based on the possible actions.

Output: Q-Value for each action.

Given a transition S, an action a that generates a reward r’ and changes to state S’.

Experience Replay:
As games are played through simulation, the observations are collected into a library of experiences and the training is performed by randomly sampling the previous experiences in batches. So that the system does not overfit a particular evolution of the simulation.

Fixed Target Network:
We use a NN to estimate the value of the current state in action-pair and the next, thereby using it multiple times. As we perform the network, we are updating the network. So the target function inside the loss function changes, which causes problems for stability. So we fix the network and only update it say, every 1,000 steps.
As we train the network, the Network used to estimate the Target function is kept fixed, resulting in a stable loss function.

Reward Clipping:
True for systems operating in generalised ways. These simplify the reward functions, to either positive or negative.

Circle: When Technique is used.
Cross: Technique not used.
Higher the number, greater the reward received.

Note: The loop is not part of the training, it is the part of saving the observation, state, action, reward and next state into the replay memory.

Next we sample randomly from the memory to train the network based on a loss function. The probablity: Epsilon, is the probability of exploration-which decreases over time.

2015: Atari Breakout
DQN has outperformed on many Atari Games.

(Biased) Opinion: Accomplishment of the decade in AI, AlphaGo Zero (2017):

Given, a large state space. We start at a board, moves are chosen with some Exploration Vs Exploitation balance, until some conclusion is reached. This information is back-propagated and the we learn the value of board positions in play.

AlphGo used a Neural net for ‘Intuition’ for estimating the quality of states.

Road: Grid space, an occupancy grid: When empty, it’s set to ab-Grid value is whatever speed is achievable.

With other cars in the grid: The value in the grid is the speed of slower-moving cars.

We can decide on the portion we want to use as input to the Network.

The Safety System can be considered an equivalent of Basic MPC: Basic Sensors allowing prevention of collision.

Task: To move about the space under the constraints of Safety System.
Red: Non reachable spaces.

Goal: Not get stuck in Traffic.

‘Brain’ takes as an input, the state. The reward performs a forward pass and calculates the reward. ‘Brain’ is where the NN is contained for both Training and Evaluation.

New Addition: Number of Agents that can be controlled by the NN, ranging from 1–10. The evaluation is performed in the same manner.
Note: The agents are not aware of other agent’s prescence. The actions are greedy for every individual agent and not in an optimised distributed manner.

Are the RL Approach amendable to Learning with Human in the Loop?

These appear in all of the examples when applied to the real world.

Share this Article
The link has been copied!
Newer Article

Will ‘AI’ Take over our Jobs? 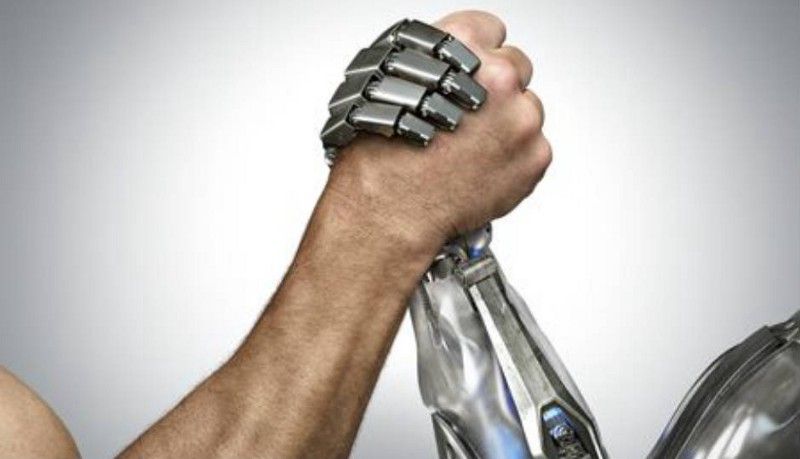